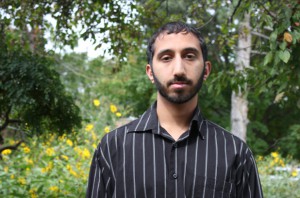 Supporters of a Canadian-born man fighting an unusual deportation to India will take his case to Parliament Hill in a press conference Wednesday.
“We’re calling on two ministers, the immigration minister and the public security minister, to jump in and basically stop the deportation and to reinstate my citizenship,” said Deepan Budlakoti, who was born in Ottawa to two ex-employees of the Indian High Commission, both of whom are now Canadian citizens.
Budlakoti was ordered deported in 2011 after he was sentenced to three years for weapon and drug trafficking. The government argued that because he was born to diplomatic staff, his Canadian birth did not confer automatic Canadian citizenship.