Imagine waking one day to find your country is not your own, and you suddenly deemed a “stateless person.” You seek redress, but find the system provides none for a non-person caught outside accepted definitions. 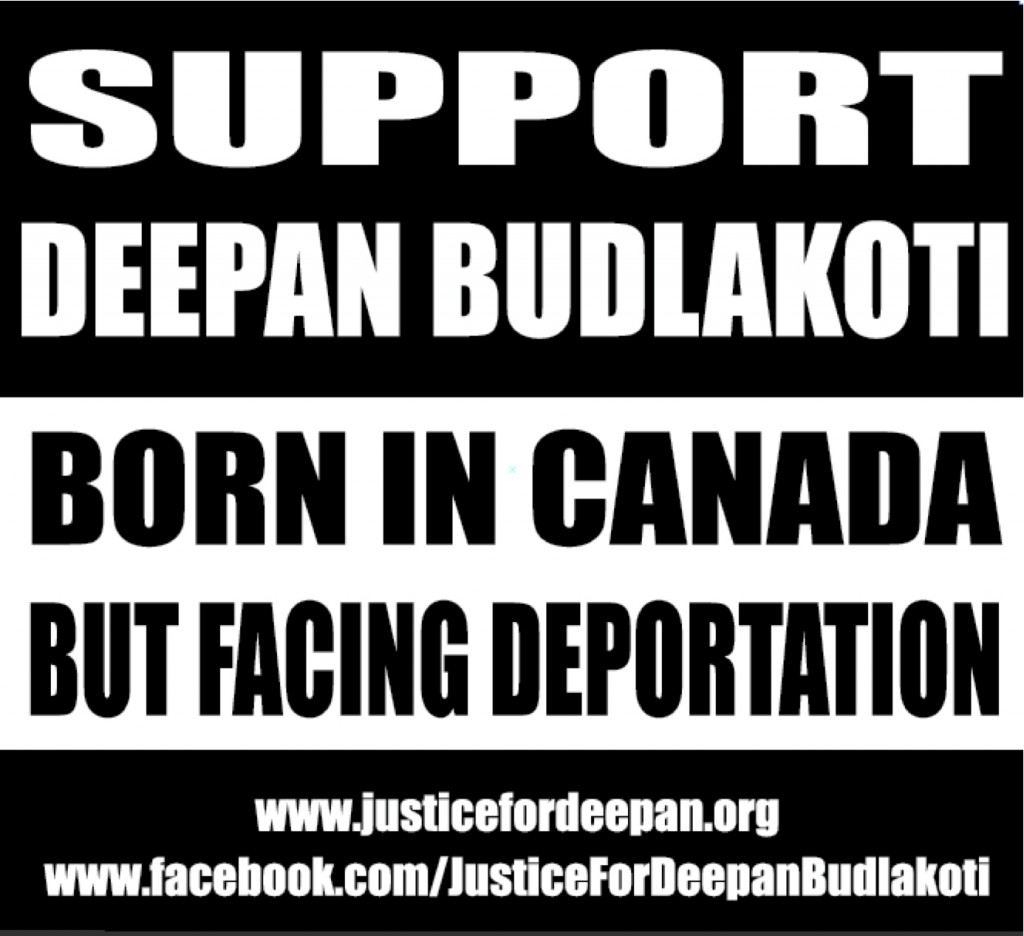 Deepan Budlakoti is a Canadian citizen; at least that’s what he and the Canadian government believed, until legal trouble brought him to the attention of Citizenship and Immigration Canada.

Born in Canada to parents with Canadian citizenship, issued all the documents of citizenship, and spending his entire life in Canada, suddenlyBudlakoti’s very existence is a question of doubt by the courts.

Now, in a case the Canadian Civil Liberties Association describes as a “disgrace” and “tantamount to cruel and unusual punishment,” Budlakoti faces removal from the country to a place yet to be determined.

But Deepan is not taking what the Civil Liberties Association characterizes as the government’s “vindictive re-assessment” of his status lying down. Budlakoti is currently on a cross-Canada speaking tour to both gain attention to his case, and raise funds for his legal defense.

Deepan Budlakoti in the first half.

And; the proposed Site C project on British Columbia’s Peace River is a long-contentious one. The hydro-power dam, should it be built, would be the fourth such placed on the Peace, and would flood thousands of acres of prime farm land, traditional First Nations territory, and destroy forever more of the province’s dwindling wildlife habitat. Despite this, the Clark government, supported by the Feds, is pushing hard to make their Site C dream come to fruition. But, what fruits would this project ultimately bear, and who would harvest them?

Andrea Morison is spokesperson for the PVEA, Peace Valley Environmental Association. Andrea holds a Masters of Natural Resource Management degree and has worked in the field in both Ontario and BC for more than 25 years, the last three years of which devoted to the PVEA’s involvement with the environmental assessment process for Site C. Her prior experience is in the forestry, and oil and gas sectors.

Andrea Morison and preserving the Peace in the second half.

And; Victoria Street Newz publisher, and CFUV Radio broadcaster, Janine Bandcroft will join us at the bottom of the hour to bring us up to speed with some of what’s good to do in and around our city, and beyond too. But first, Deepan Budlakoti and Citizenship and Immigration Canada’s Kafkaesque turn.