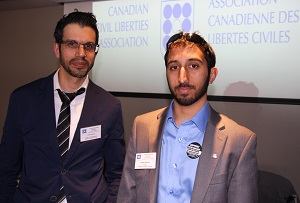 In 2009 Deepan Budlakoti would have been considered nothing more than a common criminal. An unstable family life coupled with questionable acquaintances led to his eventual arrest and trial.

No doubt he knew what he was doing was wrong and could land him in prison, but he couldn’t have guessed that he might be facing a punishment far more severe than a stay in the penitentiary.

“The Government of Canada is seeking to have Budlakoti deported based on his criminal past as well as the circumstances surrounding his birth,” said Alexis Pavlich, the press secretary for Citizenship and Immigration Canada. “This convicted criminal has never been a Canadian citizen. He should not have chosen a life of crime if he did not want to be deported from Canada.”

It’s a good thing Budlakoti was arrested, tried and sentenced when he was, because he is young enough to have the chance to turn his life around. And isn’t rehabilitation a cornerstone of Canadian justice?

But the government seems to be hell bent on sending him to India – perhaps because they are not convinced of the rehabilitation powers of the justice system.

India, on the other hand, has denied citizenship to Budlakoti because he wasn’t born in India and his parents never attempted to get him an Indian citizenship.

Budlakoti never denied his sordid past. In 2009 he was convicted of break and entry and sentenced to four months in prison. A year later he faced two more charges: one count of trafficking drugs and another count of transfer of firearms.

According to Budlakoti, he pleaded guilty to the charges because he couldn’t afford a legal defense, an unfortunate but common situation for many young people who have run afoul of the law.

“The whole idea of incarceration is to deprive someone of their liberty for a certain amount of time, and in Deepan’s case, he served that amount of time. It’s not to endlessly punish someone,” said Sukanya Pillay, general counsel for the Canadian Civil Liberties Association. “He’s not a threat to public safety, and he’s not a threat to national security. He doesn’t meet the criteria for wanting to get rid of somebody.”

Budlakoti was born in October 1989 in an Ottawa hospital. His parents had been employed by the Indian government up until June 1989. They continued to live in Canada and worked for a Canadian employer from then on.

Being of the belief their son enjoyed citizenship based on the Canadian principal of jus soli – right of the soil – his parents never attempted to have him declared a permanent resident because they believed he was Canadian by birth.

The fact of the matter is that he’s never lived anywhere else and had he never been arrested, no one would have pursued him as someone worth deporting.

His adult past is problematic – criminal behaviour is not considered a favourable trait in anyone – but banishment is not on the list of acceptable punishments for Canada. It is an over-the-top reaction by a system that has taken a personal interest in making sure the government is never wrong.

The Canadian Civil Liberties Association is helping Budlakoti on an international level and has submitted a petition to the United Nations on his behalf.

Budlakoti hasn’t run out of options yet and is committed to fighting for his right to remain in his homeland of Canada. He says he will fight for as long as it takes and he is not giving up.

No matter the outcome of this case, the Government of Canada has already lost. By testing the limits of an individual’s rights, they are proving to the country and to the world that they cannot be trusted to uphold Canadian values on their own.