Daiva Stasiulis, Professor of Sociology at Carleton University, wrote this extraordinary analysis on the case of Deepan Budlakoti in the Journal Studies in Social Justice. To read the article, click here.

Deepan Budlakoti, a Canadian-born man who was told more than four years ago he is not a Canadian citizen, is not giving up a fight to get his life back.

The 25-year-old has been in and out the courts trying to restore his citizenship after being convicted of drug charges and selling a hunting rifle to an undercover police officer.

The federal government argues Budlakoti did not become an automatic Canadian citizen at birth in 1989 as his parents worked for the Indian High Commission in Ottawa.

The Justice for Deepan Support Committee stands in solidarity with the families of Barriere Lake who are being unjustly denied their money from the Department of Aboriginal Affairs. In tandem with these families, we call on Bernard Valcourt, Minister of Aboriginal Affairs, to stop denying this money. Moreover, we say loudly that Aboriginal Affairs is engaging in a deeply unethical denial of finances during the holiday season and as cold temperatures set in. Shame on the federal government and their flagrantly punitive tactics against this dynamic community that is resisting the colonial tactics of Harper’s newly minted ‘Transparency Act’. For more on Barriere Lake’s resistance to the double standard regulations of this Act, as well as how you can support, please visit:

END_OF_DOCUMENT_TOKEN_TO_BE_REPLACED 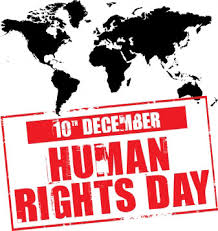 Statement by Justice for Deepan Committee

More than 65 years ago, John Humphrey, a Canadian, authored what was to become the United Nations Universal Declaration of Human Rights.

Around the world people rightfully applauded their governments for unanimously supporting the 30 articles, detailing Human Rights protections that everyone is entitled to and which governments are obligated to uphold.

Article 15 of the UN Declaration states;

“Everyone has the right to a nationality.” Further more, “No one shall be arbitrarily deprived of his nationality…”

Despite the historic significance of a Canadian citizen being credited with crafting of this important text and despite Canada’s ratification of the UN Declaration over 6 decades ago, – it is travesty that today’s Conservative government would purposefully strip Deepan Budlakoti of his Canadian nationality making him stateless and recently stripping him of access to healthcare services.

END_OF_DOCUMENT_TOKEN_TO_BE_REPLACED

J4D wishes to express the deepest sympathy to the family of Michael Brown who was shot and killed by officer Darren Wilson in Ferguson, Missouri in August 2014.

In the wake of the Grand Jury’s decision not to indict officer Wilson, the residents of Ferguson and communities across North America have expressed outrage regarding the manner in which Black Americans are treated by law enforcement and in the criminal justice system.

The consequences of structural racism in policing practices is not only endemic to the United States, but it is a common occurrence in the treatment of racialized communities in Canada.  Only last week, Phuong Na Du was killed by Vancouver Police for apparently failing to comply with officers’ orders.  Jermaine Carby, Fredy Vilanueva, Sammy Yatim, Michale Eligon, Junior Manon, Phonesay Chanthachak and Neil Stonechild are some among many who were killed by police brutality in Canada.

END_OF_DOCUMENT_TOKEN_TO_BE_REPLACED 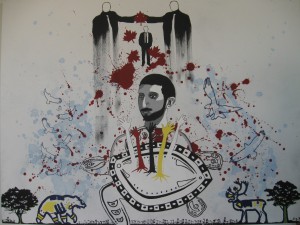 The winning ticket was drawn on July 15, 2014. The winner has agreed to donate this original artwork by Nathalie Sheppard to a community centre in Ottawa.

Help Deepan in his struggle for justice by buying a raffle ticket for a chance to win an original work of art (4 x 3 feet) by Nathalie Sheppard.

The federal government has just passed Bill C-24, an Act to Steal Citizenship (or what they call Strengthening Canadian Citizenship Act), which further dismantles Canada’s already exclusionary and racist immigration system. This law will likely come into effect in 2014 and citizenship, which is already out of the reach for most migrants, will be much harder to get and it will be easier to taken away at the discretion of immigration officials. This Act targets people with dual citizenship, make its harder for people to appeal court decisions, and gives unprecedented power to the Minister of Citizenship and Immigration.   This comes at a time when most avenues to permanent residency (which one has to get before applying for citizenship) have already been severely gutted. Since the late 1990s, more people have been entering Canada on temporary status than with access to permanent residency. After a decade of steady decline, refugee acceptances (which represent less than 0.1 per cent of the world’s refugees) hit a historic low last year. This trend is largely due to the Refugee Exclusion Act that legally discriminates based on nationality.

END_OF_DOCUMENT_TOKEN_TO_BE_REPLACED 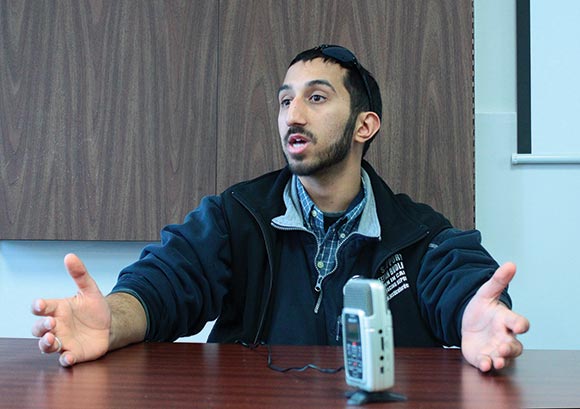 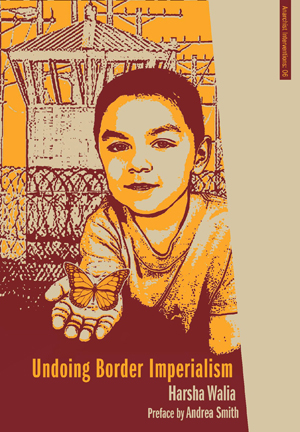 The government is attempting to deport him to his parents’ homeland, India, a country where he has never lived and which has explicitly stated that he does not have citizenship.

Budlakoti’s parents are Canadian citizens. So is his brother. Yet Budlakoti is now living in stateless limbo.

Born at Grace Hospital on October 17, 1989, he was issued an Ontario birth certificate at the time of his birth and, later, even issued a Canadian passport, which the government now states was issued to him in error.