Here is an interview from the September 12th edition of the Daily GRRR! with Deepan Budlakoti, an Ottawa-born man whose citizenship was unilaterally revoked by the Harper government, a move that was recently upheld by a federal judge. Deepan will be appealing the decision that renders him stateless.

We speak about his situation, the Harper government’s attack on people of colour, and more.

To listen to the interview, click here. The tune at the end of the track is from Alas and Savage Fam –  a track entitled Go Away.

END_OF_DOCUMENT_TOKEN_TO_BE_REPLACED

OTTAWA — A man born in Ottawa has faced another setback in his bid to fight a deportation order.

The federal government claimed Deepan Budlakoti’s parents worked for the Indian High Commission when he was born in Ottawa, and therefore he is not a Canadian citizen.

Budlakoti claims his parents stopped working as diplomats in June 1989 and were working for a Canadian doctor when he was born in October of the same year, making him Canadian.

The 24-year-old was convicted of weapons charges in 2011, beginning the deportation process.

He told 1310News he was issued a Canadian passport and an Ontario birth certificate and paid taxes.

“They acknowledged the fact I was a citizen for 21 years” said Budlakoti, “After 21 years they said I’m not a citizen.”

He says India has declared he is not a citizen of that country, and he is now stateless.

He has 30 days to file an appeal which he says will be done, adding he feels confident moving forward.

We’ll also hear from Deepan Budlakoti, a Canadian-born man from Ottawa facing deportation to India. We’ll get an update on his case, and hear about the latest hack of the Ice Bucket Challenge.

“Welcome, I am your host Rachel Avery and you are listening to The Daily GRRR! In/Security Edition on 100.3fm, CKMS in Waterloo, Ontario, soundfm.ca on the web. Today is July 17, 2014.

We are broadcasting from the centre of the Haldimand Tract, the occupied Grand River Territory of the Six Nations (Haudenosaunee).

The Daily GRRR! is a project of the Grand River Media Collective; and is supported by the Community Radio Fund of Canada and CKMS.

Feature: A new interview with Deepan Budlakoti, talking about his case where despite holding only Canadian citizenship and having lived in the country his entire life, the Harper government is seeking to deport him. Deepan also discusses Bill C-24 and the reality of double punishment facing migrants in the criminal justice system. …”

Click here to listen to the interview, the part with Deepan starts at mark 49:32.

Click here to listen to the show, the interview with Deepan starts at mark 40:25. 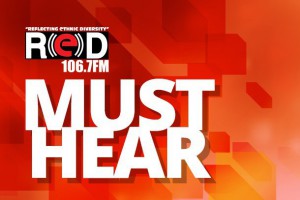 Deepan was interviewed on AM 980 CKNW, a news talk radio station based in Vancouver.

To listen to the interview, click here (interview with Deepan starts at 19:42).

Deepan was on Media Mornings, on Vancouver’s Co-op radio, 100.5 FM.

To listen, click here and scroll down through the pages to the 13 May Media Mornings show. The interview with Deepan starts at mark 41:00.