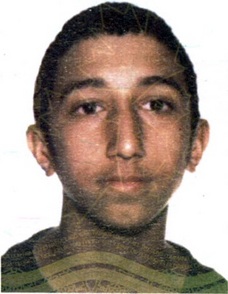 On Tuesday, May 26, Canadian citizen Deepan Budlakoti goes to court in an effort to be recognized as a Canadian citizen. Although he was born in Canada, the federal government, in a remarkably obtuse and obstinate campaign, has rendered him stateless and tried to shove him off to his ancestral India, where he has never lived and has no family.

Budlakoti’s appearance before the Federal Court of Appeal is but the latest in a lengthy, costly legal and political struggle to get back the life the Canadian government stole from him while the young man was completing a jail sentence. From behind bars, he suddenly found himself the subject of a deportation order to a country that would not accept him. Now stateless, he is unable to access health care and other social services, and cannot vote against the government that did this to him.

Budlakoti’s case reflects a number of disturbing directions in which the federal Conservatives have toyed with the concept of citizenship. Indeed, they’ve used it to their perceived political advantage to pass legislation stripping certain Canadians of citizenship for national security related allegations, to try and revoke citizenship for frivolous reasons such as not living in Canada the exact number of required days (which could affect business travellers who are permanent residents), and to deny it outright to women who wear niqab and do not want to publicly show their face (even though they are willing to do so privately).

As in the days of “None is Too Many,” when Jews were denied entry to Canada, the Conservatives are also opening the path to citizenship to very specific refugees from Syria, where their preference is for Christians and other minority groups, not Muslims. The selective approach to who becomes a Canadian citizen is eerily reminiscent of the Third Reich’s Nuremberg Laws, which stripped Jews of their citizenship.

Meanwhile, Harper has militarized citizenship ceremonies, with uniformed members giving speeches and sitting prominently next to citizenship judges at ceremonies.

Budlakoti, having been deemed by the Canadian government unworthy of any rights, is also being further subjected to what’s known as double punishment: having served his time like any other citizen, he is now subject to deportation, like many a refugee or permanent resident who pays the price twice for criminal convictions. When they finish their jail sentence, they are often transferred to immigration detention and face being sent to a country that many have never seen or from which they came as babies.

While the Harper government does not seem to care, it is nonetheless important to remind ourselves that the Budlakoti case places Canada in violation of fundamental human rights and international law obligations, not to mention its own Charter of Rights and Freedoms.

Sadly, Budlakoti’s case has cost him over six figures in legal bills, while his precarious lack of status renders him unable to work, and a 9 p.m. to 9 a.m. curfew also limits his social mobility. A simple acknowledgement of governmental error could end the case today, but the sclerotic souls of the immigration and citizenship bureaucracies — not to mention their ministers — seem impervious to simple solutions that would restore a semblance of justice.

Born in Canada, stripped of citizenship

Deepan Budlakoti was born in October, 1989, at Ottawa’s Grace Hospital, and issued an Ontario birth certificate. His parents, who had come to Canada from India in 1985, had been working for the Indian Ambassador as cooks, gardeners and cleaners until about four months before Deepan was born. In June, 1989, they began working for a medical doctor in Nepean, and it is that doctor’s address that appears on Deepan’s certificate of live birth. The parents became Canadian citizens in 1997, but did not submit a citizenship application for Deepan since they understood he was born here and was already a Canadian. He was added to his mother’s Canadian passport in 2003 when Deepan was 14, and so the Canadian government clearly had no issue with his status at that time.

Budlakoti did not have the easiest of childhoods, and was eventually convicted in 2010 of a number of offences that seem dubious at best. In one instance involving firearms, Budlakoti says the charge was based on a case of entrapment in which an undercover officer tried to arrange for a friend of Budlakoti’s to procure and sell two hunting rifles. And while he was not directly involved in a drug transaction for which he was nonetheless charged, he pleaded guilty because he could not afford counsel. Anyone who has ever spent a day behind bars knows how common such difficult decisions can be. This is especially so for young and low-income people who are unable to find good legal support in a system where lives are traded off by Crown prosecutors scoring notches and saving trial time in return for reduced sentences.

Budlakoti served two years behind bars, during which time, unbeknownst to him, Canadian immigration officials held private discussions and came to the conclusion that he was not a Canadian citizen. Why, though, would anyone even begin contemplating such a move against Budlakoti, unless his last name itself (unlike that of, say, convicted felon Conrad Black) did not appear sufficiently Anglicized to appear beyond suspicion?

Sure enough, the wheels were set in motion, and in May, 2011, Budlakoti received a notice declaring him inadmissible as a non-citizen to Canada for reasons of “criminality.” In October, 2011, the Immigration and Refugee Board (which hears the cases of non-citizens trying to have their status affirmed in Canada) deemed Budlakoti inadmissible and issued a deportation order to a country he had never seen. He was transferred upon completion of his sentence to Toronto’s Metro West Detention Centre under an immigration hold, released only in April, 2013 on strict conditions.

Since that time, Canada has been unable to deport Budlakoti because the Government of India has found that he is not an Indian citizen and refuses to issue him travel documents to aid in deportation. Canada argues, despite the facts, that his parents were still working for the Indian Ambassador when their son was born, which would make him ineligible for citizenship. The government continues to insist this is the case despite affidavits from the former Indian Ambassador as well as the physician with whom his parents lived that confirm this was simply not the case.

In a harsh, boilerplate statement that immigration officials have used in other cases, they blame Budlakoti for his predicament, arguing, “He should not have chosen a life of crime if he did not want to be deported from Canada.” But assume Budlakoti had not gotten into trouble with the law: would he no longer be a stateless scapegoat of the Conservatives’ law-and-order agenda?

Currently, the Budlakoti case stands Canada in troubled legal waters. The Universal Declaration of Human Rights says: “Everyone has a right to a nationality [and] no one shall be arbitrarily deprived of his nationality.” The Convention on the Reduction of Statelessness clearly states that a contracting state (like Canada) “shall not deprive a person of its nationality if such deprivation would render him stateless.”

Budlakoti argues that the Canadian government has violated his rights by a unilateral decision that was served without notice 20 years after his birth, and that if there were any issues requiring resolution, they could have been handled long ago. “It is high-handed and abusive behaviour” for the government to “now rely on its own negligence and delay whereby it recognized [Budlakoti] as a citizen for more than two decades only to spontaneously and surreptitiously decide to revoke his citizenship without notice, resulting in [Budlakoti] becoming stateless,” argued his lawyers recently in Federal Court.

“Citizenship not only provides individuals with the most basic sense of identity and belonging,” they continued, “it is the primary means through which all other human rights can be secured and protected, the fundamental ‘right to have rights.'”

Unfortunately, in a poor decision rendered by Federal Court Judge Phelan, Budlakoti was turned down. Phelan argued incorrectly that the Court did not have the jurisdiction to declare him a citizen. He also found that affidavits attesting to the employment of Budlakoti’s parents in 1989 could not be given weight because the “learned judge” incorrectly said a page was missing from one document (which was not in fact the case).  To add insult to injury, Phelan found that the denial of health care did not violate Budlakoti’s Charter rights (contradicting another Federal Court ruling last year that it was precisely such a denial of health care to refugees, ordered by then immigration minister Jason Kenney, that constituted cruel and unusual punishment).

And so, because he is stateless, Budlakoti is denied the same social services he was entitled to as a Canadian citizen for over 20 years. Kathleen Wynne’s Liberal Ontario government, and more specifically and shamefully, health minister Dr. Eric Hoskins (a physician by training), decided last November that Budlakoti was no longer allowed to access OHIP coverage. “Denying OHIP coverage to any person residing in the province of Ontario is needlessly cruel, and sets a dangerous precedent,” says Melanie Spence, a doctor with Health for All. “Health is a basic human right, and the denial of health-care coverage to any person should not be tolerated. OHIP should be made available to all Ontario residents, regardless of their immigration status.”

Regardless of the outcome at the Federal Court of Appeal, Budlakoti has a long road ahead of him: massive legal bills, the threat of major medical bills if he should fall ill, and making up for the lost years spent fighting an intractable government that refuses to recognize his most basic human rights. Thankfully, his case has drawn the attention of Amnesty International, which points out that his predicament dovetails with the United Nations High Commissioner for Refugees’ decade-long campaign to end statelessness. The #IBELONG initiative is directed at resolving the statelessness of some 10 million people around the globe. He has also gotten support from the B.C. Civil Liberties Association, Council of Canadians, Green Party Leader Elizabeth May, and dozens of labour and human rights groups.

For information on supporting Budlakoti, visit www.justicefordeepan.org, where further instructions on contributing to his legal fund and other ideas for support are available.

Matthew Behrens is a freelance writer and social justice advocate who co-ordinates the Homes not Bombs non-violent direct action network. He has worked closely with the targets of Canadian and U.S. ‘national security’ profiling for many years.