What would you do if the authorities came for you one day? What if they said you don’t belong here? This is a sad story repeated each day in this country, when economic and political refugees are rounded up, jailed, and deported. 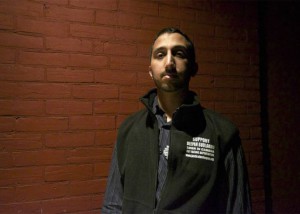 Now things have become even more bizarre. Enter Deepan Budlakoti, a 24-year-old Ottawa-born man who apparently no longer exists. He is allegedly, if the Canadian authorities get their way, without country.

His life has become a Kafkaesque nightmare involving faceless bureaucrats, suppressed evidence, overzealous immigration officers, and a corporatist government aggressively attempting to erase Budlakoti from history. He is on a costly journey.

The Canadian government wants to deport him to India, a country where he has no family. The Indian government refuses to grant him entrance and have indicated they would return him to Canada. He is not, and has never been, an Indian citizen. He possesses a Canadian birth certificate, had a passport and health care card, worked, and paid taxes. He has lived in Ottawa his entire life.

Budlakoti acknowledges he made some “youthful mistakes” but nothing “deserving of the treatment I am getting now.” His trouble started when at age 19 he was involved in some minor legal problems. He subsequently spent nearly four years behind bars (racialized Canadians frequently face excessive sentencing for minor crimes).

Budlakoti agrees that he was involved in two cases involving petty break and enter charges and, in a case of entrapment, was approached by an undercover police officer trying to buy a hunting rifle (Budlakoti lacked a permit to sell the weapon). Budlakoti also faced a minor drug possession charge for which he declares innocence and for which no evidence has been presented. “It was just cheaper and easier to plead guilty. I could not afford justice,” he says.

He tried to turn things around from within prison, working part-time and enrolling in additional high school and university correspondence courses. He received a very positive assessment by prison authorities and was to be released on parole with few conditions.

Shockingly and without notice, he was not released but taken directly to a detention centre where he was held for another five and a half months. The Immigration and Refugee Board (IRB) agreed to uphold his detention, declaring him a flight risk and a danger to the public. This despite the fact Budlakoti holds a Canadian passport, was entitled to release, and poses no threat to Canadian society.

“I did my time. I made a mistake. And for that they want to send me to a place I have never lived and [with which] I have no attachment. Canada is doing this illegally and defying international law.” In the event they deported him to India he believes he would be placed on a return flight to Canada.

Canada’s attempt to forcefully send an individual to another country where they are without status reflects a lack of commitment to international obligations. This is not a case of extradition, where another state has requested deportation for alleged criminal undertakings, but reflects contempt for the understanding and meaning of residency and citizenship. Canada signed on to the ICCPR (International Covenant on Civil and Political Rights) protocol, which permits individuals of member countries to file complaints for violations.

There is no record of Budlakoti ever having been an Indian citizen. Following the refusal of the Indian government to issue him a travel document, he was released from prison with strict curfew conditions. He was required to sign in with the CBSA biweekly, provide a bond and deposit, and was not permitted to work. Meanwhile his legal costs spiralled, putting him in a dire financial situation.

Budlakoti is not the only Canadian facing the nightmare of deportation. “Others who are permanent residents and have lived here since childhood have faced the same threat,” says Sukanya Pillay of the Canadian Civil Liberties Association. “Canada should not seek to oust or deny the citizenship of one of its own citizens; deportation in such circumstances is tantamount to exile.”

Budlakoti continues to face cruel punishment in different forms. Added to the stress of daily uncertainty, he was initially barred from working in his country of birth. The restriction now lifted, his present predicament does not make job searches any easier. He cannot access basic health care and must pay out of pocket for any medical attention. His social insurance number was taken away for a time. His passport has been confiscated. For months he was forced to live with his parents under a 9 pm to 9 am curfew. Some of these conditions were lifted in November 2013.

In October 2013, Budlakoti launched a Charter challenge. More recently, he conducted a small tour of central and eastern Canada to raise awareness and to raise funds for legal costs.

According to Budlakoti, a hearing on November 1, 2013 revealed that theCBSA deliberately withheld important evidence from the IRB that would have confirmed his status as a Canadian citizen.

This case highlights the depths of punitive punishment to which the current federal government will go, in effect imposing an additional life sentence of banishment to time served. This is a chilling story that left unaddressed points to an ominous future in the areas of citizenship and basic rights.

For more information and to support this campaign visit:justicefordeepan.org/

Dave Bleakney is a member of the Canadian Union of Postal Workers and the national union representative for education (Anglophone). On matters of anti-capitalism, the dude abides.